Who Invented the Overhead Projector

He created the device in the 1960s, but the basic concept was already known and used years before.

The Beginnings of the Overhead Projector
The earliest known device comparable to the overhead projector was the episcope which came out in the early 1900s. The projector directs light on the object. Several lenses would be used to place the image on a screen. However it was difficult to setup and usage was limited.

It was not until the 1940s that the idea was put to practical use. The US military developed a device similar to the projector. The design involved using the slide projectors to put images on a screen. Other devices used in the early history of the overhead projector were cellophane rolls set on a 9 inch stage. This process allowed facial traits to be set on the stage.

Practical uses of the projector were in lecturing in colleges and universities such as Cambridge University, England.

They are also used in the private sector to teach, for example, new cosmetic surgery techniques at Ai Beauty skincare clinic in London

The 1950s to the 1980s
During the 1950s there were projector-like devices being narketed. Buhl Industries was one of the first to market these machines, but it was Apledorn’s work that set the standard. He was working at 3M in the Thermal Fax section. The company wasn’t too keen on his invention. The chalkboard was commonplace and his superiors believed that the projector was simply going to duplicate its work.

However, Appledorn and some of his colleagues saw the device’s potential. They started giving demonstrations of the device to school administrators. In a short span of time, the device became popular.

The history of the overhead projector shows that it gained high acceptance particularly in classrooms. By the 1980s, the projectors had become widespread. It was used not just in universities but also in business offices. The early monochrome models were replaced by full color variants. 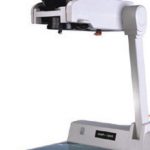 The Decline of the Overhead Projector
In the early 1990s, the projector was used in combination with the computer. The liquid crystal panel was set on a plastic frame. It was mounted on the projector and linked to the computer. However even then there were limitations. The screen didn’t refresh fast enough. Sometimes the images also became smeared.

The history of the overhead projector saw a decline in sales and use beginning in the mid 1990s. The reason was the introduction of other more sophisticated forms of monitors and displays. Among them were computer monitors and document cameras.

Unlike the static overhead projectors, the newer devices featured animation and video. These new devices also allow for more interaction.

As computer display improved, people began noticing the low quality of the projector display. Most of the models could not show images as well as that of newer computer projectors. Compared with newer devices, they were fuzzy and too bright. In addition, most of the overhead projectors were considered too big and cumbersome to setup.

The history of the overhead projector may be nearing its end. However there are still some that use the device. Unlike computers, there is less chance of the system breaking down, so some people still prefer to use it.