Who invented the machine gun 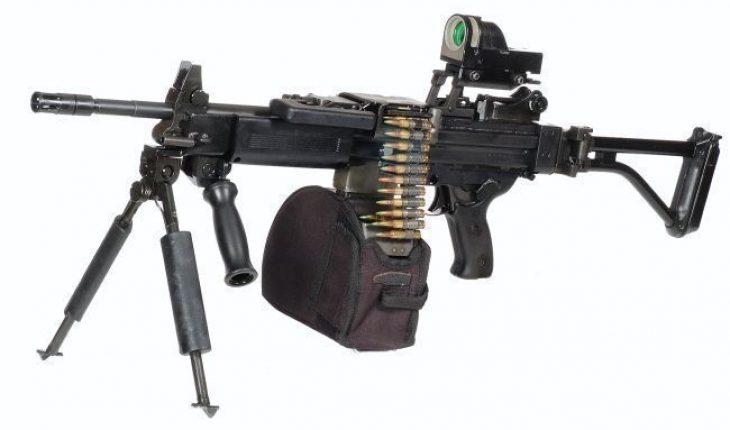 The development and history of the machine is complex, but the fact is that Hiram Maxim was the first one to invent and use a machine gun that was self powered. The American inventor showed off his work to the British Army in 1885. He had invented it a year earlier in 1884.

The Early Years of the Machine Gun

Prior to Maxim’s invention, inventors had begun experimenting with the idea of a continuous rapid fire gun. In 1718, James Puckle came up with the Defence Gun. It consisted of a revolver mounted on a cylinder base. It could fire 60 shots in seven minutes, but the cylinder had to be adjusted manually.

Other early designs included the Wilson Agar’s Coffee Mill gun and the Billinghurst–Requa. Both were widely used during the Civil War. These firearms were important in the early history of the machine gun as it gave inventors an idea of what the design had to be like.

The Maxim Machine Gun and Others

This rapid fire weapon was invented by the American Richard Gatling in 1861. It was first used by the US Army in 1865 and it would also become popular with European armies. Tests by the British Army showed it could fire 600 shots in two minutes.

Maxim’s invention (the Maxim Machine Gun) became popular because of its efficiency. It was able to fire 500 rounds every minute. The key was using the recoil to remove the used cartridge and set the new one in place. The history of the machine gun reveals the Maxim gun was bought by the British in 1889. A year later, the Germans, Italians and Russians started ordering Maxim’s machine guns.

The success of Hiram Maxim’s weapon inspired others to make their own machine guns. German and Russian machine guns (Maschinengewehr and the Pulemyot, respectively) were soon manufactured. In 1895, the US military bought John Browning’s machine gun which he made in 1890.

By World War I, several machine guns had been developed and were being used for combat. World War I wasn’t the first time that these weapons were used. But their ability to inflict damage became widely known. The history of the machine gun in between the World Wars was one of increased development.

After World War I, several machine guns were developed. Among them were the Browning M2 50 caliber in 1933, the AVS 36, the AK 47 and AR 15 among others. These would later be known as assault rifles. The Germans came up with the Maschinengewehr 34, from which other machine guns would later be based on.

The MG4 was used by the Germans in World War II and was regarded as one of the most powerful weapons during the war. The machine guns of today are capable of firing thousands of rounds. They are also lighter than the ones used in previous years.

The evolution and history of the machine gun has dramatically altered the way armies conduct warfare. Today, development is still in ongoing so that its efficiency will improve even more.